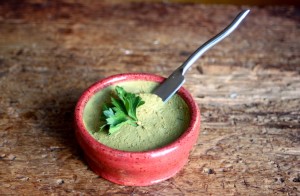 The daily requirement of iron is higher for women due to menstruation. Post menopause men and women have the same iron requirements. Boys aged 14-18 have a slightly higher iron RDI of 11mg.

Iron deficiency is most often due to inadequate dietary intake, especially with;

There are two types of iron Fe 2+ (heme) and Fe3+ (non heme). Heme iron is Fe2+ attached to an organic compound such as haemoglobin, which we only get from meat.  Non-heme is primarily from plant foods. Although many vegetables have a high iron content, the non heme form is not as well absorbed and vegetarians may suffer from iron deficiency.

The first step of absorption is breaking down foods so that the iron component can be isolated. This is done by chewing, saliva, stomach acid and digestive enzymes.

This Fe3+ must be converted to Fe2+ in order to be absorbed into the blood stream.

Is also enhanced if iron levels are low, improving absorption from 10% to 35%, this is mainly achieved by increasing the number of transport proteins on the brush border (of the small intestine) and therefore the transport of iron into the cells.

Other nutrients that help with iron storage and transport into and around the body are vitamins B2, B3, C and copper.

Inhibitors of Ferric Iron Fe3+ to Ferrous Iron Fe2+ include;

(The percentage following each substance indicates the possible extent of inhibition.)

Send me your email enquiries below or book an appointment here